Skip to content
Every art piece is unique- to add custom framing to your order, please contact the gallery.
Search 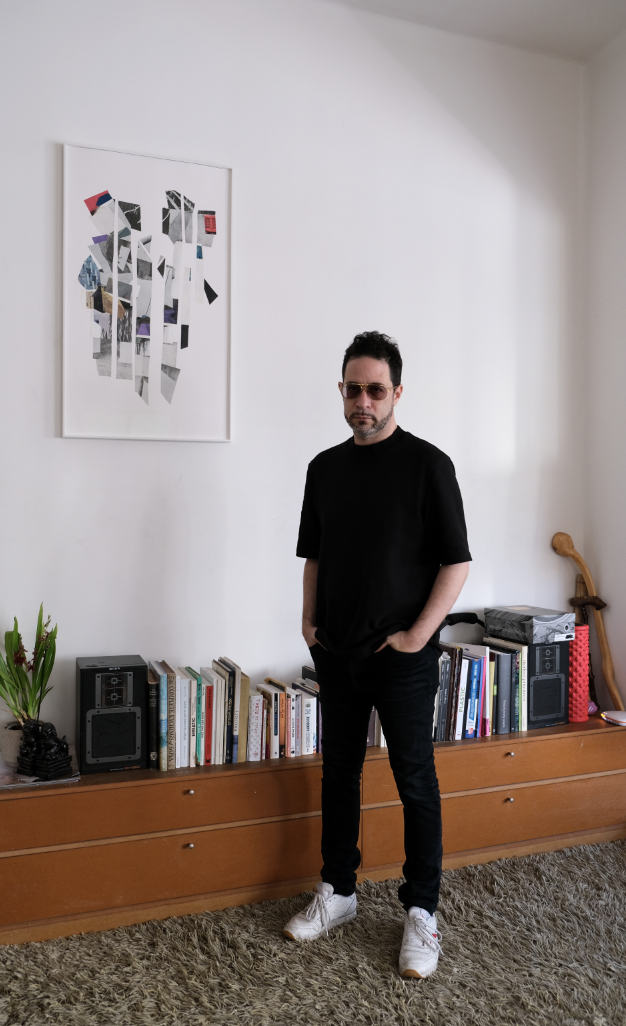 Gilad Kahana (b. 1970, Mexico), is a musician, writer and multidisciplinary artist based in Tel Aviv. His artworks have been exhibited in solo and group exhibitions at Hezi Cohen Gallery- Tel Aviv, Fresh Paint 8 art fair, Janko Dada Museum - Ein Hod, Litvak Gallery – Tel Aviv, Maya Gallery – Tel Aviv, Municipal Gallery Givatayim, Sussie’s Art Bay- Tel Aviv and more. He is the recipient of the 2015 Israel National Lottery Landau Prize for Arts and Sciences, and of the 2018 Author of the Year ACUM Award.

Kahana has published three books: The Punctuation of Unknowns, (Even Hoshen, 2013); A Crane Points to the Sea, (Hakibbutz Hameuchad, 2009); Plan for a Recovery from Disaster (Keter, 2003). In 2015 Kahana starred in the leading role in the film 'A Tale of Love and Darkness', alongside Natalie Portman.

'All was taken and infinity remained.'

Online art gallery featuring artists fresh on the scene. We help art lovers and collectors find the perfect artworks for their space, style and budget.

We respect your mailbox.

Sign up for first look on new pieces, cool events, and community promos.

Become a community memeber and be the first to know about upcoming events and new arrivals.